Stories of the Street 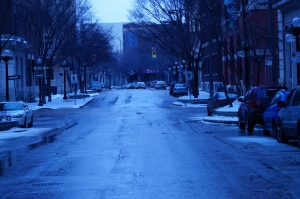 Spending more time downtown has certainly opened my eyes to many new experiences both cultural and in regards to the human struggles and experiences that bring each of us to live in the downtown area. The downtown area is made up of a diverse group of people who contribute to the uniqueness and magnificence of our community. On a given day one can meet an aspiring artist, filmmaker, writers or business people to many people struggling with one or many of the  addictions that plague our society.

In this section I am going to try to share many of the stories or experiences of the people I meet in my explorations of this rich and vibrant community.

Not long ago as I was walking through the tunnels that make up Winnipeg Square I encountered a middle-aged woman selling some of her poetry in hopes of getting a meal for her and her partner. It is not uncommon for individuals to seek money in the hope of getting some money to either feed their empty stomachs or more than likely their addictions. I certainly am not one who gives away money but at times I will purchase food. This lady was in need of some food as it was obvious over the last little while her battle with addictions had been winning out. I walked with her to buy her some soup and bun and of course read her poetry.

Reading her poetry it was easy to understand that her addictions were a means to cover the pains of her life experiences. This was a woman who had experienced the worst mankind has to offer and for her a day without the drugs that masked her pain would be too unbearable. It struck me that as I bought her that bowl of soup, I may have shown her a small act of kindness, but in reality had I truly treated her as a human. A human who had obviously had suffered.

It made me think of an experience I had last summer where there was a man who was passed out on Portage Avenue. I saw him laying on the ground as cars slowly approached and pedestrians just kept walking. Eventually, someone stopped and called the police as I stood on the street ensuring traffic passed him by. How many walked by him in disgust and judged him on his predicament without knowing his story. As I stood there I did not smell booze that is common on someone who at first glance appeared drunk.

The police eventually came and helped the gentleman into their car. He was safe at least for that night. I never did learn his story or it a chance to understand the sufferings that led the woman to be on the street. My life experiences however tell me that many of us are not as far away from these stories then we would like to think we are.

I hope to add real stories of the people on the street. Not only stories of tragedy but stories of the artists, the business people, the members of the community that make us so rich and vibrant.