Posted on December 18, 2013 by jameswhoddinott 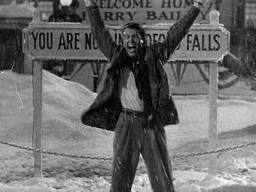 What really puts me in the spirit of the holidays is the Christmas classic “It’s a Wonderful Life.” For me, what makes a classic is how timeless the story is. ‘It’s a Wonderful Life’ is one of those movies that will touch the hearts of the viewers for generations yet to come and whether it be 1946 when the movie was made or 2013 the story line, the characters all still pull at the old heart-strings. This year as I watched the holiday classic I tried to imagine in Winnipeg who represents the characters in this movie classic.
‘It’s a Wonderful Life’ is about a man named George who fights for the everyday person and doesn’t seem to recognize the difference he is making for himself, his family and in the broader sense the community he lives in. How many men and women do we have in our community who are doing selfless acts for people without any need for recognition? People collecting and delivering hampers, during those hot days of summer that seem so long ago giving away a simple bottle of water, working tirelessly to make sure people are cared for. One of the pieces that make Winnipeg great is the number of volunteers and generosity of spirit we seem to have. At times though like George those people seem overwhelmed as if they don’t really make a difference. 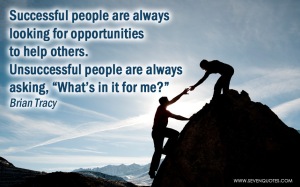 The villain in this movie “It’s a Wonderful Life’ is not your typical bad guy. Harry F. Potter is a banker and a businessman who works hard to let people believe he is trying to help them while in essence in the movie he is meeting his needs first. Potter is in a position of power and influence. Potter is in a position that requires him to take on the leadership to do the right thing. With great power comes great responsibility. Winnipeg like other towns and cities also has our share of individuals in position of influence who choose to put the needs of the one or few over the needs of the community. 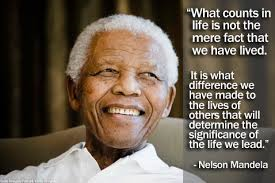 Truly a timeless story, it happens everywhere in the world all the time where we have people working hard for the bettering of the lives of people. Putting the needs of others first. Fortunately for all of us there are lots of Georges (men and women) in the world. We also have many individuals playing the role of Potter. Who try to act like they are supporting people but in reality are trying to create their own Pottersville; a place where people don’t matter.

Still yet there are the rest of the characters in ‘It’s a Wonderful Life’ who as George describes his father to Mr. Potter he says:

But he did help a few people get out of your slums, Mr. Potter, and what’s wrong with that? Why… here, you’re all businessmen here. Doesn’t it make them better citizens? Doesn’t it make them better customers? You… you said… what’d you say a minute ago? They had to wait and save their money before they even ought to think of a decent home. Wait? Wait for what? Until their children grow up and leave them? Until they’re so old and broken down that they… Do you know how long it takes a working man to save $5,000? Just remember this, Mr. Potter, that this rabble you’re talking about… they do most of the working and paying and living and dying in this community. Well, is it too much to have them work and pay and live and die in a couple of decent rooms and a bath? Anyway, my father didn’t think so. People were human beings to him. But to you, a warped, frustrated old man, they’re cattle. Well in my book, my father died a much richer man than you’ll ever be!

What make people like Mr. Potter survive and sometimes flourish are good people doing nothing. Mr. Potter throughout the movie forgets that the people of Bedford Falls are people. We often all are guilty of feeling powerless. Feeling that standing-up and doing something is stopping progress or just too hard.
It comes down to what kind of world we want to live in. Do we want to live the life of George? Do we want our families and communities to matter? Currently in our town the people of Winnipeg often feel they don’t have a say or what they say doesn’t matter. We often feel powerless as if we don’t make a difference. Like the citizens of Bedford Falls we feel if we go to our Mr. Potter he will not listen, or worse, refuse to see us or acknowledge we matter. Should our leaders not be people like George who put the needs of family and community first? Engage people in the conversations to make our lives and community better. Should we not be made to feel we are important?
A city which puts the needs of its people first will be a successful city. It will be a place people want to live, a place where businesses want to grow.

I’ve learned that happiness is a worthy personal goal as long as it isn’t achieved through selfishness or self-indulgence. Happiness is both deeper and more enduring than either pleasure or fun. I’ve learned that what is fun or pleasurable is not always good for me and what is good for me is not always fun or pleasurable.  I think the surest road to happiness is good relationships and that the best way to have good relationships is to be a good person.

My novel 'When Eagles Dare to Fly' represents my belief that good will always triumph over evil and by developing who we are on the inside we will find our way. My newest novel 'The Fates' was released earlier this year that examines a society that discovers immortality. I have a blog called an 'Author, blogger and his musings' which talks about my writing, political issues as well as other areas of interest like education, art and photography,
View all posts by jameswhoddinott →
This entry was posted in Political Issues and tagged Bedford Fall, cheer board, Christmas, city hall, Frank Capra, George, George Bailey, It's a Wonderful Life, Potter, Winnipeg. Bookmark the permalink.