Judge a Person by Actions Not Words

Posted on September 27, 2014 by jameswhoddinott

There is an old adage “How do you tell when a Politician is Lying?” The answer of course is “When they move their lips.” Politicians despite being trusted by less than 10% of the people in Canada continue to make promises, not only promises they can’t and don’t keep but that they don’t believe in. People in many respects are a trusting group, as we not only want, but expect a person to be truthful. Each time someone tells us a lie, even if it is a pattern, we believe their words, when in fact we should be looking at their actions.

In life, you prove your worth through your actions, not your words.

Lying becomes a pattern and in politics and in relationships it has often worked, at least in the short-term. People will often look at what someone is saying now, rather than their past actions. Campaigning is the art of deception. Trying to discover what it is people want to hear. After all the truth is something most of us don’t want to hear. Lying, even the little white lies, is more damaging than most of us realize. When we lie,  we deny our self the kinds of collisions with reality that are necessary to improve our life.

Whether in politics or in our personal relationships, lying brings about a loss of control. a feeling of being powerless. Lies, even during a campaign, raises expectations that will lead to disappoint, and eventually a loss of trust in the system, in the person. People, whether a politician or not, want you to listen to their words, say what they think you want to hear. Our belief in people makes us want to believe things will be different, and then, we are surprised when they do the same things they have always done.

Knowledge is the enemy of the lies. Looking at actions rather than words will help us discover the truth. Recently Prime Minister Harper said…

“We have it in our power to create a better kind of world for our children’s children than we have today. And we should.”

This is the art of being a politician. Everything he says is true. However, his words don’t represent his actions. In his words one would be led to believe he is going to make a commitment to children. A knowledge of his actions would prove that even if his words ring true, the expectation of the Prime Minister acting on his words is unlikely.

The Knowledge of his Actions

The list could go on and on, but if we are brave enough to look, his actions on all important issues regarding the future of our children both economically and environmentally hold the evidence of the truth.

In the end, we all must expect more from our politicians and our personal relationships. Untruthfulness prevents change from happening and makes us all feel powerless. Eventually some lies are said so often people start to think they are true.

“Going Green is too costly”

“Everyone has an equal chance to be successful”

Let’s all start having the actions of people guide us to the truth. It is knowledge that will give us the answers and as hard as it might be to hear, it the truth that will set us free. 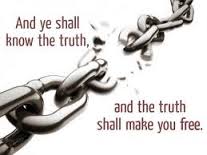 My novel 'When Eagles Dare to Fly' represents my belief that good will always triumph over evil and by developing who we are on the inside we will find our way. My newest novel 'The Fates' was released earlier this year that examines a society that discovers immortality. I have a blog called an 'Author, blogger and his musings' which talks about my writing, political issues as well as other areas of interest like education, art and photography,
View all posts by jameswhoddinott →
This entry was posted in My Writings, Political Issues and tagged actions, campaigns, election, government, Harper, lies, politics, promises, truth, United Nations, Winnipeg, words. Bookmark the permalink.