Posted on October 25, 2014 by jameswhoddinott

If we can learn anything from the last four year’s of Sam Katz’s tenure as Mayor of Winnipeg is that as the voters of Winnipeg we need to hold our elected officials to a higher standard than being accountable only on voting day. Our new Mayor has indicated we voted for a positive change. The vote was about much more than that. The vote is something Federal and Provincial Governments should pay attention to. It is a vote against politicians, a vote against special interest groups meddling into the policies of the city or government. It is a vote wanting our elected officials and civil servants to act in the best interests of people.

Robert-Falcon Ouellette received my vote on election day. I was one of  36,823 people who voted for a person who brought forth a different agenda. An agenda which was about creating an inclusive Winnipeg. An agenda that said ‘People Matter’. A Winnipeg where decisions would be about getting the information, evidence-based policies and changes rather than the political solution or what makes the press happy but more importantly what is best for the citizens of Winnipeg now and in the future. Ouellette seemed to understand we need to do something different. He offered a change. He was about building community.

The downfall of JWL and Gord Steeves was more simple than the media wants to make it. Both campaigns were politics as usual. Each of them seemingly attracted to the left or right of the political spectrum. Their campaigns leaving people believing they wouldn’t be a Mayor of Winnipeg but rather a Mayor for developers or owing their position to a political party, ideology or special interest groups. Campaigns founded on more of the same. Voters said no to favoritism. Voters said no to politicians.

David Saunders simply told it like it is. Winnipeg’s financial situation is going to severely hamper the new administration. Voters want transparency but they also want the truth to provide hope. Winnipeggers know things are tough but they needed to see a light at the end of the tunnel. Someone that could inspire. Saunders campaign didn’t capture our hopes and dreams for a better Winnipeg. However, David Saunders offers a message to Winnipeg that we must all must pay attention to. David Saunders understands the need to hold elected officials and civil servants accountable every day not just every four years.

So what comes after the vote. We must hold Mayor Bowman to his promise of a Positive Change. That means positive thinking and positive behaviours on not only his part but by his council and public administration. It means accountable to a more transparent decision-making process. We need to hold him and council accountable for improving our downtown. We need to hold him accountable to changing the current property tax system. We need him to be a voice to finally have Manitoba; which is the last province that relies so heavily on property taxes to fund education; become the responsibility of the provincial government. We need a fairer tax system. We need the province to take their responsibility and fund education 100% and no longer create education polices that require School Boards to raise taxes on property owners to fund what clearly is every citizens shared responsibility.

Property taxes can not vary from School Division to School Division. It can’t be different because of where you live. If you live in Winnipeg School Division that means 54% of your property tax bill is an education tax. Property Taxes also impede growth and the time to change this no longer relevant way of collecting taxes by school boards in order to maintain autonomy in a system that mandates curriculum, staffing levels and required services doesn’t makes sense.

We need our Mayor to build community. Help us become united rather than divided. We need a Mayor who understands the foundation for our policies need to be ensuring that every person’s human rights are realized. This will require our new mayor to build partnerships with the broad spectrum of ideas and come to a consensus of our next steps as we move forward. 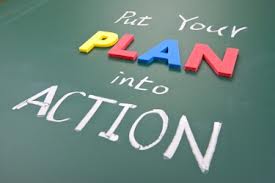 My novel 'When Eagles Dare to Fly' represents my belief that good will always triumph over evil and by developing who we are on the inside we will find our way. My newest novel 'The Fates' was released earlier this year that examines a society that discovers immortality. I have a blog called an 'Author, blogger and his musings' which talks about my writing, political issues as well as other areas of interest like education, art and photography,
View all posts by jameswhoddinott →
This entry was posted in My Writings and tagged bowman, city hall, community, election, government, Hoddinott, jwl, Mayor, positive change, poverty, Robert Francis Oullette, saunders, steeves, taxes, Winnipeg, Winnipeg Free Press. Bookmark the permalink.

2 Responses to I Voted…Now What?