Posted on September 27, 2015 by jameswhoddinott 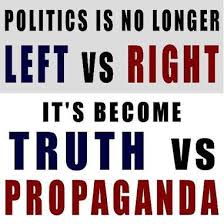 There may be people still deciding who to vote for and unfortunately there are still a large number of people who may not vote at all. Those individuals are most likely the young and marginalized. It is important that everyone vote. On the surface it may appear that politics and the promises don’t impact you but in reality, Canada is changing. We are in time when our current government policies are divisive and favour a small segment of the population.

Let’s examine a few of those policies, statements that raise our fears:

The Conservatives and our current Prime Minister boast that they are the only party that we can TRUST with the economy. In this age of information it is often hard to get through the Propaganda to the Truth.

Propaganda: Conservatives and their Low Corporate Tax pledge is good for Canada. They are promising more of the same. Is it good for all Canadians.

The Rest of Us:

Tax cuts are not for us: In 2014, for the first time in Canada’s history, more than half of the federal government’s revenue was shouldered by personal income taxes.

It is important to note that there is no current research that supports providing tax breaks to the few provides long-term sustainable growth. In fact the research supports it is not only not currently working but from a historical perspective has never worked.

In fact as in Thomas Piketty book Capital in the Twenty-First Century discusses at length the risk of economic and government policies that creates wealth for a few rather than works towards diminishing inequalities. It is a recommended read that reorients our understanding of economic history and confronts us with sobering lessons for today. Takes us past the propaganda and a little closer to the truth.

Next blog will look at where we are with Human Rights.

Fixing Canada Without Raising Taxes on (Most) Canadians

Capital in the Twenty-First Century

My novel 'When Eagles Dare to Fly' represents my belief that good will always triumph over evil and by developing who we are on the inside we will find our way. My newest novel 'The Fates' was released earlier this year that examines a society that discovers immortality. I have a blog called an 'Author, blogger and his musings' which talks about my writing, political issues as well as other areas of interest like education, art and photography,
View all posts by jameswhoddinott →
This entry was posted in My Writings, Political Issues and tagged 2015, canada, Conservatives, economy, election, government, Harper, Liberals, NDP, politics, propagada. Bookmark the permalink.