Posted on November 17, 2014 by jameswhoddinott 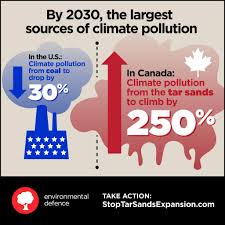 I think almost everyone growing up at one time or another watched Sesame Street with or without our children. I use to love watching the “one of these things is not like the other” segment. I am not sure it is entirely my fault when I heard that Canada, Australia and Saudi Arabia were grouped together that I  thought we were playing a game of one of these countries is not like the other. You know something like warm countries or perhaps countries where you would find camels. So it was much to my surprise that it was these three countries that were not like the other seventeen  G20 Countries at the Summit held in Brisbane, Australia.

There were many issues on the G20 Summit Agenda and climate change being one of them, despite host country Australia’s strong desire to keep if off the agenda. It must be noted that Australia is one of the world’s leading emitters of Carbon per capita. Oh did I mention that apparently in the unique underground town of Coober Pedy currently known as the Opal Capital of the world is potentially sitting on over 20 Trillion dollars with of oil. So Australia may have other interests. Kudos to President Obama and sixteen other countries for pressuring Australia to put this issue on the agenda. It certainly must also be noted that Canada has the Alberta Oil/Tar Sands which is currently involved in a couple of highly controversial pipelines being developed and one being proposed. Then of course we have Saudi Arabia who has long been in control of this non-renewable resource.

Pushing the global financial issues aside for a moment, here in Canada, we seem to have a current government who has closed discussions and research on anything to do with oil. Our Canada which has a reputation for its natural beauty, fresh water and penchant for discussion and diplomacy has become ‘Oil Dependant’. My beloved Canada has decided to choose oil over Maple Syrup. 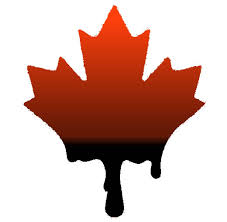 Who is the Government Listening to?

It is difficult to understand that here in Canada, a country that has always been known for being strong on human rights issues, the environment and building a peaceful democratic society is being silenced when it comes to Alberta’s Oil. Scientists who were looking into the climate change have lost funding, so essentially been silenced. Environmental groups are not getting the ear of the government while the voice of oil seems to be the voice of our Prime Minister. Canada seems to be a country ruled by lobbyists and big business and has lost the voice of the people. 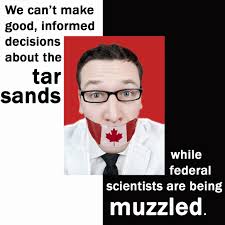 The War On Knowledge: Is the Harper Government Canada’s Taliban?

In our schools we teach about developing a sustainable planet, alternate resources, water issues, poverty and all the climate issues of the day. When this is what everyday Canadians are doing as well as recycling, CFL lights and low flush toilets to try to make a difference, why is our government not doing the same? Doesn’t it make you wonder why our Federal Government doesn’t believe Climate Change is important? If not why not? Let’s see what the data tells us…oh wait information is silenced.

Did you know that:

Did you know that:

Is this the Canada we want?

Is this the Canada we voted for?

My novel 'When Eagles Dare to Fly' represents my belief that good will always triumph over evil and by developing who we are on the inside we will find our way. My newest novel 'The Fates' was released earlier this year that examines a society that discovers immortality. I have a blog called an 'Author, blogger and his musings' which talks about my writing, political issues as well as other areas of interest like education, art and photography,
View all posts by jameswhoddinott →
This entry was posted in My Writings and tagged australia, Brisbane, canada, Climate Change, coober pedy, G20 Summitt, green, Harper, keystone, oil, poverty, Sustainability, tar sands. Bookmark the permalink.