Posted on November 22, 2014 by jameswhoddinott 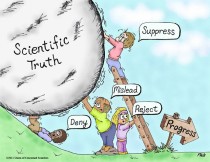 Opening ahead of schedule is the controversial new exhibit which is part of the ‘Breaking The Silence’ Exhibit found in the Canadian Human Rights Museum. The new exhibit exposes the Canadian Governments involvement in increasing Global Carbon Emissions that has resulted in catastrophic flooding in the densely populated California West Coast as well as is being held partially responsible for the melting of the polar ice caps and through seepage from the ‘Alberta Tar Sands’ into Lake Winnipeg’s water basin creating toxic algae that has rendered the water undrinkable. 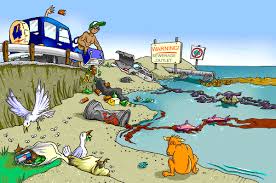 A 12 minute documentary outlines Canada’s former Prime Minister’s role in developing policies that resulted in Canada’s economy being solely based on oil production. The documentary was made possible with the closure of Corporate run news media which had created misinformation to silence scientific evidence. It was just two years ago that through a United Nations ‘Freedom of Information Act’ which created the Global News Network much of the information in the exhibit became available to the public. The Global News Network gained access to documents and agreements between the Canadian Government and three of the World’s largest energy producers exposing the agenda of misinformation. Also on display are the initial finding by Canada’s scientific community warning of the upcoming global catastrophe. The former Prime Minster is surprised at the public outcry. “I never said this would be good for everyone, but hey I’m doing okay.” 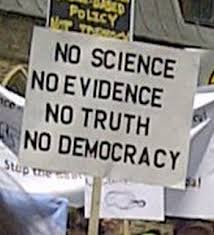 The new exhibit is nestled beside the ‘Smoking is Good for You’ exhibit which exposes the tobacco industries deception of the public. The ‘Smoking is Good For You’ exhibit has on display the actual corporate documents that silenced scientific findings in regards to the harmful and addicting effects of nicotine. Through the use of holograms and computer generated models museum participants are able to experience the effects of nicotine on the lungs, the respiratory system as well as the throat. Through actual 4D imaging museum-goers can have all their senses exposed to second-hand smoke as they watch life-like images spit tobacco. Patrons are warned not to get to close or they will get wet. Patrons of the museum will also get to sit in on a re-enactment of a Tobacco Company’s Board Meeting where it was decided to ignore the findings that identified the risks of nicotine being a part of cigarettes. You can actually sit in the seat of the ‘Whistleblower’ who lost their job, house and family when they are quoted as  saying, ‘Don’t you think we should tell someone?’ 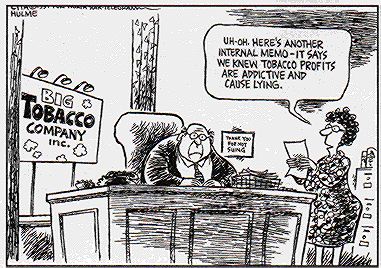 Canada’s former Prime Minster, who since retirement as spokesperson for ‘Oil will Make us All Rich’, has been relaxing at a tropical coffee plantation located just outside Charlottetown, Prince Edward Island remarked,

‘Before Global Warming’ Canadian Seniors left home to retire south. Thanks to me, Canadians don’t have to be snowbirds anymore.’

The former Prime Minister is also concerned that unbiased journalism is creating an unhealthy bias in the Canadian public to want government to do what is right for human rights and the environment. The former Prime Minister is concerned that it is difficult for today’s politicians to get anything done as misinformation is an essential strategy for governments to pass policy that favours one group over another.

Without misinformation governments are forced to act in the best interests of society, which can’t be good for anyone.

The former Prime Minister goes on to say,

The concern over Global Warming in the first part of the 21st century made it very difficult for the energy sector to expand. Had it not been for the government and media’s ability to manipulate information and ignore scientific data there is no way the major pipelines that now make-up North America’s landscape could have been built.

The former Prime Minister has still not visited the Human Rights Museum blaming the creation of a society based on human rights and social responsibility as the major cause for the demise of Canada’s Energy Sector. 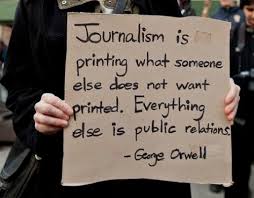 Warning: This is a Fictional News Article

My novel 'When Eagles Dare to Fly' represents my belief that good will always triumph over evil and by developing who we are on the inside we will find our way. My newest novel 'The Fates' was released earlier this year that examines a society that discovers immortality. I have a blog called an 'Author, blogger and his musings' which talks about my writing, political issues as well as other areas of interest like education, art and photography,
View all posts by jameswhoddinott →
This entry was posted in My Writings, Political Issues and tagged Alberta, Canadian Museum of Human Rights, Energy, Human rights, humour, media, misinformation, news, oil, politics, propoganda, sattire, social impact, tar sands, Toacco. Bookmark the permalink.