Let Them in Cake… 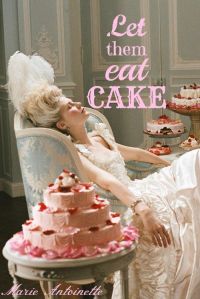 Survey finds many Canadians believe poor are ‘part of the problem’

In Charles Dickens’ novel ‘Oliver Twist’ published in 1838 the statement that was immortalized in the film version called ‘Oliver’ is “Please Sir I want Some More” when the down-trodden Oliver goes up with an empty bowl asking for more gruel. Most of Dickens’ work, brings to the reader’s attention the various social evils, including the workhouse, child labour and inequalities of the day. Although Dickens wrote fiction his pieces are certainly a fairly accurate depiction of life in England at the time.

The importance of history and the lessons of our ancestors is important as we try to address the increasing inequalities in today’s society. It is difficult to have discussions in regards to our current economic woes without hearing the need to reduce the fiscal deficit. The burden of reducing the deficit has gone on the backs of the workers just as in the time of the French Revolution.

This Chart Pretty Much Says It All About Canada’s Income Inequality, March 4, 2014

We can set all the targets we want about reducing our monetary deficit but unless we start addressing the real issues related to our growing social inequities and deficits we will never solve what is truly ailing Canada. We need to start changing the way we look at addressing are growing fiscal responsibilities. We talk of the rising costs of health care, education, welfare, social programs but fail to discuss the symptoms associated with why these costs are going up. We need to address the symptoms not the problem thus in the end solving the problem.

We need to reduce poverty and specifically child poverty. This can be done by having meaningful well-paying jobs for workers. The wealthy are always stating they are paying more than their fair share of taxes but perhaps that is as a result of their share of the wealth is increasing. If we want a fair and just society we need have more workers earning salaries that allow them to pay taxes to support the development of better education, better health care and better infrastructure. Research and history demonstrates that increased poverty, increased inequalities amongst people will result in increased health issues, increased crime and a decrease in the safety of a society. Helping families, helping put people to work reduces poverty and child poverty.

At the same time, the report shows 89% of Canadians agree that people in poverty deserve a helping hand and 81 per cent say helping poor families sets up their children for success. Almost all (96%) agree that everyone deserves a sense of dignity, though just 65% believe being poor robs people of their dignity.

Survey finds many Canadians believe poor are ‘part of the problem’

The rhetoric we always hear is that we don’t have the money to pay better salaries or benefits. Let’s go back to the point about the growing wealth of the top 1% of our population. The money is still there it is just not being reinvested into creating a fair and just society. Donating to food banks is one thing but in reality we need to put people back to work with good paying jobs. The old expression of give a man a fish feed for a day, teach him how to fish and you feed him for a life time fits here. Working people spend their money locally, in the stores, on consumer goods and drive the economy. Working Canadians will make for healthier and happier citizens. It is about win, win. As our former Bank of Canada Governor Mark Carney stated in 2012 there is a lot of ‘dead money’. Money that is not working for us.

Bank of Canada Governor Mark Carney has taken a rare swing at corporate Canada, accusing companies of sitting on huge piles of “dead money” that should be invested productively or returned to investors.

Whenever one comes and speaks out about fairness and equality for everyone or talks about our basic human rights we are often seen as socialists or communists or heaven forbid in cahoots with unions. However, in the end, this about the foundations of democracy. What was fought for during the French Revolution and their bill of rights? It is about creating societies that are fair and equal where we all have equal opportunities. Where being born poor doesn’t mean you will remain poor?

It is about policies that work for people. It is about bringing democracy back to our country.

Occupy was right: capitalism has failed the world

My novel 'When Eagles Dare to Fly' represents my belief that good will always triumph over evil and by developing who we are on the inside we will find our way. My newest novel 'The Fates' was released earlier this year that examines a society that discovers immortality. I have a blog called an 'Author, blogger and his musings' which talks about my writing, political issues as well as other areas of interest like education, art and photography,
View all posts by jameswhoddinott →
This entry was posted in Political Issues and tagged canada, child poverty, City of Winnipeg, democracy, government, Hoddinott, job, politics, poverty, United Nations. Bookmark the permalink.

4 Responses to Let Them in Cake…