Posted on September 13, 2014 by jameswhoddinott 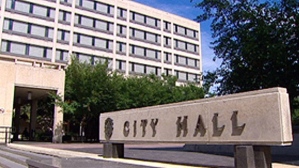 One of the largest challenges is bringing about substantive changes required is understanding the complex interrelationships between all levels of government, business and society. Bringing about change in one sector without at least building consensus amongst all of the stakeholders creates an atmosphere where rather than working together to solve a problem each of the stakeholders creates a barrier by protecting their interests rather than being solution orientated.

Current issues in Canada have resulted in job losses, increasing gap between rich and poor, politically based decisions rather than solution-based, crumbling infrastructure, increased child poverty, rising health costs, a more urbanized society, compounded by an aging population which will require specific policies to support citizens.

The increase in child poverty, the prevalence of exploitation of marginalized woman and children, ease of access to degrading images of woman and children, decreased access and influence of the majority of Canadians to our democratic system as well as a loss of the basic cultural foundations that a vibrant Canada is founded on.

The research in Canada and world-wide indicates that globally the exploitation of marginalized people, especially women and children is a serious problem. The disproportion number of missing and murdered aboriginal woman is caused by the over-representation of Aboriginal men, woman and children in poverty which also denies their rights to full participation in decision-making processes. The majority of exploited individuals in Canada and globally find themselves in poverty.

Canadians are trying to have their voices heard through protests, vigils and through social media but the Canadian Government continues to turn their back on murder and exploitation of so many women. The time for action has arrived. It is more than an inquiry that is needed to address the exploitation of our vulnerable citizens but a plan of action that gets to the root of the issues that lead to so many Canadians being victimized.

The exodus of Canada’s aboriginal people from their communities which are mired in third-world like poverty and conditions as they come to cities in hope of finding a better life. In many ways Canada’s first people are experiencing the difficulties faced by refugees. They have been displaced from their home communities which is resulting in a lack of culture and a lack of connections. Once leaving the Reserve they lose their rights and status that is guaranteed under the Treaties. They lose their connection and support of the Canadian Government as well as their home community.

Aboriginal people is Winnipeg’s fastest growing population group. Without a clear plan and vision to reduce poverty, create jobs, inclusion in our political and decision-making process, with all stakeholders becoming part of the solution, I am afraid we have not been witness to the last of the human tragedies of missing and murdered aboriginal woman and children. Our Prime Minister is right what is happening is a crime. It is also a crime to stand by and do nothing as so many men, woman and children find themselves mired in poverty.

A new Mayor must not only support a national Inquiry but be a voice for a national plan of action. On this issue talk like so many of the issues where we have had Inquiries will not change what is happening. The Inquiry must include a Plan of Action with new policies and a commitment to implement the changes that will be required.

The Reduction of Poverty and Child Poverty

As my introduction indicates the issues surrounding poverty and child poverty are complex and require a commitment of everyone in order to bring about the required change. We can talk all we want but the real solution to poverty is jobs. Good paying jobs.

Despite the reduction of taxes and substantial increase to our wealthiest Canadians according to our most recent report from Stats Canada that over 100 000 private sector jobs have been lost. At a time where the gap between the haves and have-nots is widening, the data in regards to the unfairness of our current taxation system, as well as the untruthfulness to the rhetoric of it is business that creates jobs is clear. The current policies are not working.

The creation of jobs for Canadians will occur through a commitment to infrastructure development. Jobs will be created in areas like health-care, road repair, and development of more sustainable cities. Job creation that results in the strengthening of community will happen through the strengthening of small business, a new tax policy on Canadian Corporations and individuals that rewards investment in local communities as well as public sector jobs.

These kind of substantive changes will require someone with the courage to identify and hold accountable the current fiscal policies of the Federal and Provincial Governments that are impeding the growth of our economy. It must be noted that people must begin to understand the new dynamics of making money. No longer is it done by creating local jobs, but rather by investing in money markets, creating jobs in countries where you can pay low-wages and not be concerned with working conditions. Most CEOs earn their money through profit-sharing and stock options. A lean work force means more investors and a higher stock value despite the fact the company may only look good on paper. Unless as Canadians we understand this new reality and change our current system that rewards people for job reduction, instead of encouraging and rewarding job creation the issues of poverty and child poverty will not be addressed.

The result for a new Mayor that remains silent as a voice and a person of action will mean the Cities human infrastructure will continue to deteriorate.

In all four parts of the ‘Real Issues Facing a New Mayor’ it may appear that a new mayor of Winnipeg has their hands tied as most changes will require collaboration of all stakeholders. In a real sense a new Mayor must change culture. The culture of City Hall. A new Mayor must create a vision on a smaller scale for our city that will unite people and begin to include them in their city. A new Mayor must hold counsellors and civil servants accountable to work towards a shared vision. A new time for transparency and openness needs to be the starting place. Political promises must be replaced by the sharing of facts, by opening up our books and setting the direction to create the City of Winnipeg that people want.

What is stopping Winnipeg, Manitoba and Canada from becoming the country we all envision is the untruthfulness of the politics that are plaguing our policies. Policies are not developed based on the evidence but rather to support those that have a voice and influence of our politicians. Our decisions must be evidence-based and solution orientated. They must be more than words they must be result orientated.

3)  The Need for A Plan: The Real Issues Facing our Next Mayor (Part 3)

My novel 'When Eagles Dare to Fly' represents my belief that good will always triumph over evil and by developing who we are on the inside we will find our way. My newest novel 'The Fates' was released earlier this year that examines a society that discovers immortality. I have a blog called an 'Author, blogger and his musings' which talks about my writing, political issues as well as other areas of interest like education, art and photography,
View all posts by jameswhoddinott →
This entry was posted in My Writings, Political Issues and tagged canada, child poverty, City Council, city hall, City of Winnipeg, Culture of Canada, election, Exchange District, government, Mayor, missing aboriginal women, poverty, Urban sprawl, Winnipeg Free Press. Bookmark the permalink.

2 Responses to TALK IS CHEAP